Chakras are an important aspect of Hindu tantra and Buddhist tantra. It also is seen linked to yogic practices, meditation and understanding the reason behind psychological and physical distress. The Chakras was first mentioned in the Hindu Vedas where the importance of the Chakras were discussed along with the role played by them in the well-being of an individual. Later it was also adopted into Buddhism.

What is the Chakra?

Chakra translates to Wheel or cycle that was mentioned in the Hindu Vedas. An interpretation of the Chakra suggests that the term serves as a literal and metaphorical meaning of “wheel of time” or “wheel of dharma”.

It is a term that is used for the various focal points or psychic energy centres within the human body. The Vedas suggest that every individual has six main focal points in the body that lie along the spine. A seventh focal point was added bringing the total number of Chakras to seven that lay between the base of the spine and the crown of the head.

Hindu beliefs suggest that human life exists in two parallel dimensions simultaneously, one is the physical body (sthula sarira) and the another is the subtle body (sukshma sarira). The subtle body is the seat for psychological, emotional, mind and non-physical aspects of humans. This subtle body is energy that took various forms to influence various aspects of human life and the physical body. The subtle body consists of nadi (energy channels) and these channels are connected by nodes of psychic energy which are the Cakras.

The beliefs around the Chakras were so extensive and elaborate that certain texts suggested that there were up to 88,000 Chakras. However, a common thread suggested that although the number of Chakras may be numerous the major Chakras range from four to seven. While in Buddhist tantra it is five Chakras, it is seven according to Hindu tantra. These ancient theories on the Chakra has given rise to ‘chakra psychology’ that studies how these Chakras influence mind human behaviour along with how a ‘blocked’ Chakra have a negative impact on the mental spiritual and physical well-being of an individual or yogi. Going more into detail we will discuss seven Chakra system and the effect they have on psychological well-being. 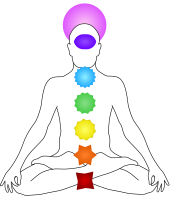 This Chakra when translated to English means ‘thousand petals.’ It is the seventh and most recent addition to the Chakra system that lies at the crown of the head and is also commonly called the crown Chakra. It is related to pure consciousness and the point from where all the other Chakras emanate.

A balanced Sahastrar is said to give sense of peace and serenity to an individual while a block or disturbance in this Chakra is said to impact how external stressors effect the mind. An imbalance could cause excessive worry and anxiety.

Commonly known as the third eye or brow chakra, the Ajna Chakra lies between the eyebrows and translates to ‘command.’ It is the indigo coloured Chakra that represents the subconscious mind.

A balanced Ajna Chakra indicates a strong intuition as well as faith in one’s own instincts, wisdom and perceptual competence to deal with life’s obstacles. An unbalanced Ajna Chakra, on the other hand, is said to cloud one’s intuition preventing them from finding their way out of problematic situation and blocking their ability to imagine. 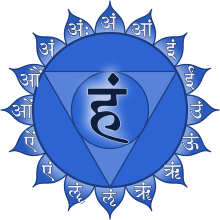 The Vishuddha Chakra is one that stands for ‘purity’ and lies in the throat. The Chakra is often viewed as being blue in colour, however, the original symbol of the Chakra is white in colour with sixteen purple petals and a sky-blue downward pointing triangle in the middle.

The next Chakra on the list is the Anahata Chakra that is also known as the heart Chakra as it lies adjacent to the heart. Anahata translates to the meaning of ‘unstuck’ and is associated with concepts like serenity and calmness.

Ironically, like its position close to the heart, a balanced Anahata Chakra implies a person is capable of being empathetic and forgiving. They are also capable of loving and helping. An unbalanced Chakra, on the other hand, manifests in form of an inability to receive or give love and emotional instability. 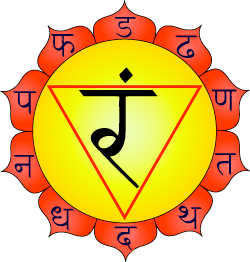 The Manipura Chakra is the third chakra from the bottom and located above the naval. Manipura translates to city of jewels and is also commonly called the solar plexus Chakra as the Chakra point lies at the celiac plexus- a complex network of nerves that lie behind the stomach. The Chakra is called ‘solar plexus’ also because it is yellow in colour with ten orange petals and is often rightly associated with fire.

The Chakra is said to be the centre of personal power and self-mastery. A balanced Manipura is seat for emotional issues like self-worth and acceptance and at the same time seat to self-destructive emotions like anger and aggression. An imbalance in this Chakra is said to have destructive consequences such as misuse of power and abusive behaviour towards other. An imbalance in this Chakra is also said to reduce confidence and self-esteem.

This Chakra translates to ‘where the self is established’. It is also known as the Sacral Chakra that lies at the roots of the sexual organs. It is a six petaled vermilion coloured Chakra that is often associated with sexual desire.

A balanced Sacral Chakra promotes formation of emotional bond with others and boosts creativity while reducing fear- especially fear of death. An imbalanced Chakra is, thus, causes emotional disconnect with others, and the world, along with a lack of creativity and low energy. 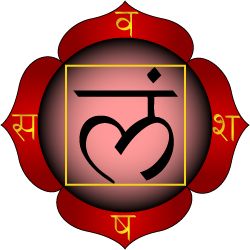 Muladhara translates to ‘root’ and is also known as the Root Chakra. It lies at the base of the spine and is symbolised by a red, four petaled lotus with a yellow square in the middle. The Muladhara is a Chakra that is associated with a human’s relation to the earth due to its position at the base of the spine and its close position to the earth when in a meditative posture.

Although the above give brief description of each of the primary Chakras, as suggested by the Vedas, the Chakras are said to be extremely complex and intertwined with the practice of yoga and meditation that aid in keeping the Chakras balanced.

They may question if the concept of Chakras is real or a myth. I for one do believe that the Chakras are real. Although there may not be any scientific findings strong enough to prove their existence, the fact of how yoga and meditation prove to be so effective stand as evidence of their existence for me. One may or may not accept these theories as valid, however, one cannot disregard the role played by mindfulness, which is provided through meditation, and yoga in the treatment of mental disorders, like depression and anxiety. A literature review in the journal of mental health training has found that mindful practices and yoga have shown positive results in individuals who suffer from depression and anxiety disorders. It also shows that mindful practices are widely being integrated into existing therapies as they show better results as compared to focusing only on treating the disorders. The paper finally concludes that yoga and mindfulness may be the future of mental health and that is a reality that cannot be refuted.

Kommajosyula Nivedita Member since June 15, 2020
Loading + Follow Following
I am student of psychology with a passion for promoting positive mental health. I am also a feminist and animal lover. Thank you for reading my post and my bio! Hope you liked it!
Contributor

Next story :Of All The Miracles, Hope Is The Most Beautiful

Why Is It Essential To Value Time?

The reason why time is considered crucial is because no-one born as a human can alter it, they have absolutely no control over it. And time flows the same throughout all ages for everyone, the reason why we feel that it's going too fast or too slow sometimes is the way our brain perceives the qualit

Amidst all the hassles that the world faces now, we wonder whom to blame. Whether it’s the fault in our stars or our actions. There is everything surrounding us, those that we desired and finally achieved, but there is also a calm silence that’s shouting and pleading us to reflect.

The miracle that stared at me reduced the achievements of the material world into a myth. Nature always strips me of my defences and reduces me to who I truly am - the child who never grew up. We have a silent language between us. I only have to look deep into the heart of nature, and nature hears m

8 powerful ways through which you can always be sure that you are blooming like a flower!

Ego is one’s sense of self. It is anything we attach after ‘I’.

Decluttering Your Mind For Inner Peace And Happiness

The write shares some of her experiences, and the practices she has learned that help to clean the mind of the emotional clutter, bringing in a sense of calm, well-being & lightness.

Post by WEQIP’s Guest Blogger Purabi Mahapatro Chaitanya Mahaprabhu popularized the Maha (Great) Mantra of “Hare Rama Hare Krishna”. When we visit any small or big local temples in the by lanes of Bengal and Odisha, the chants keep resonating from the walls of the temple. Many say it’s a way

A Talk With Dr. Lakshmi Rajan on Yoga-based Existential Therapy

Leave a comment Cancel
Comments to: A Guide To 7 Chakras
Cancel reply

Lockdown – A Threat To Relationships!

A few serious questions on the uncertainty about the future and fear of contracting the virus is creating a buzz of anxiety and fear leading to sadness and outbursts. The lockdown has put many relationships under unprecedented strain. Here are a few coping strategies that might help you.
Written by Ooha Reddy November 26, 2020November 26, 2020
Saving Bookmark this article Bookmarked